In the western world, numbers in the form we know and use today appeared in the 13th century when Italian mathematician Leonardo Pisano Bigollo (c. 1170—c. 1250), known as Fibonacci, published the Liber Abaci (1202). In the book, Fibonacci advocated numeration with the digits 0–9 and place value, and showed the practical importance of the new numeral system by applying it to commercial bookkeeping, and other applications.

This book also introduced the Fibonacci sequence, which has many applications (the sequence is created by adding the previous 2 numbers: 1 + 2 = 3, 2 + 3 = 5, 3 + 5 = 8, etc). The book was well received throughout educated Europe and had a profound impact on European thought. 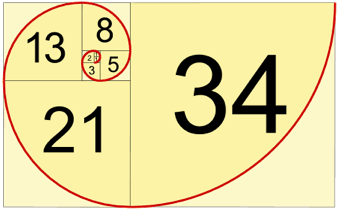 Fibonacci was born around 1170 to Guglielmo Bonacci, a wealthy Italian merchant. Guglielmo directed a trading post in Bugia, a port east of Algiers in the Almohad dynasty’s sultanate in North Africa (now Béjaïa, Algeria). As a young boy, Fibonacci travelled with him to help; it was there he learned about the Hindu-Arabic numeral system described in his book.

Our modern numbers are descended from the Hindu-Arabic numeral system developed by ancient Indian mathematicians, in which a sequence of digits such as ‘975’ is read as a single number. These Indian numerals are traditionally thought to have been adopted by the Muslim Persian and Arab mathematicians in India, and passed on to the Arabs further west with the current form of the numerals developing in North Africa and studied by Fibonacci.

This numbering system is easy to use and widespread but it was not the first or last.  Romans and earlier Mediterranean civilisations had their systems and most of the modern world relies on binary mathematics. Duodecimals were used in the UK prior to metrication (based on 12 to deal with measurements in feet and inches) etc. 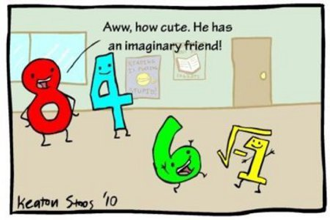 And then there are strange sequences that build fascinating patterns:

Given our reliance on mathematics for virtually everything, how ‘real’ is a system that cannot define the ratio between the diameter and circumference of a circle but can generate fascinating sequences like those above?

There’s no answer to this post other than to suggest there are 10 types of people in the world: those who understand binary mathematics and those that don’t.