The importance of emotional intelligence to the effectiveness of a project manager can best be understood through a systems hierarchy as presented by Gantt and Agazarian in Systems Centred Emotional Intelligence, 2004. 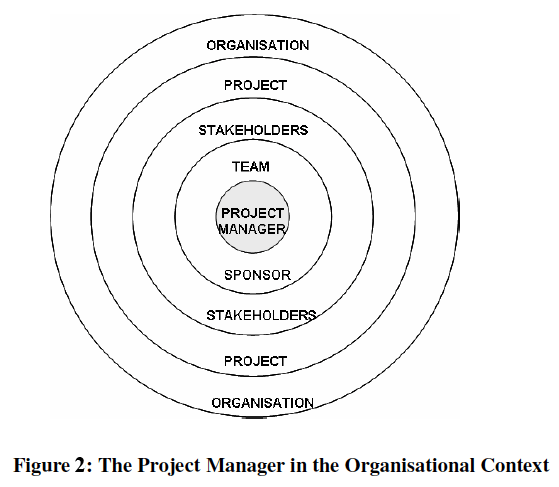 Considering Figure 2, mapping the project management function within an organisation provides a schema for recognising the potential impact that each system level will have on other systems. The behaviours of the project manager impact on the project sponsor and team at the first level through day-to-day interaction, decisions and communications.

At the next level, this behaviour impacts on the wider stakeholders—the PMO, business representatives etc—directly and indirectly via the sponsor and team. For example, inconsistent or poor communication at a team level affects motivation, which in turn impacts at a stakeholder, project and organisational level. The outer levels reflect the cascading effect of these impacted parties on the project and organisation, often what we view as culture.

Those relevant to the application of project management include:

Primary cause of executive derailment is related to deficits in EI: Research finds the primary causes of derailment in executives involve deficits in emotional competence, including difficulty in handling change, not being able to work well in a team, and poor interpersonal relations.

EI impacts on productivity, lost time and grievances: After supervisors in a manufacturing plant received training in emotional competencies, lost-time accidents were reduced by 50 percent, formal grievances were reduced from 15 per year to three per year, and the plant exceeded productivity goals by $250,000. There was no increase in production for a group of matched supervisors who were not trained.

Success directly related to levels of EI: Of 515 senior executives analysed by search firm Egon Zehnder International, those strong in emotional intelligence were more likely to succeed than those strongest in relevant previous experience or IQ. EI was a better predictor of success than either experience or high IQ.

There are no standard formulae for the creation of the High Impact leader, however, there are processes used successfully by numerous organisations to improve leadership and performance. Common steps include the creation of a competency-driven leadership model that supports strategic goals, development of emotional intelligence and a commitment to leadership development through coaching.

A model for the development of project management capability is shown in Figure 3.