Everyone talks about motivation, work-life balance and developing a productive team, only a few realise the importance of ‘happiness’ within this equation. This post will look at a measurable change in team performance created by a change in emphasis by management to bring a sense of fun back into a very seriously fought competition.

The Ashes is a series of five, five-day cricket matches played between England and Australia every couple of years. The outcome of each series is of significant national importance: defeating the ‘old enemy’ makes headline news in both countries. Unusually, during 2013 the teams played two series, the first in the English summer of 2013, and the second in the Australian summer. 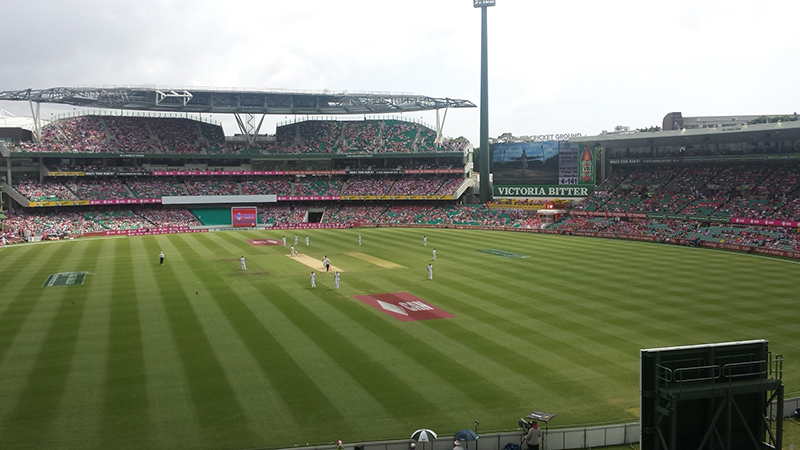 The results of the last two Ashes series being so close together provided a very interesting case study into the effect of leadership and morale on sustained team performance. England won the first series 3-0 (with two matches drawn) and was ranked #1 in the world. And, after the losses in India and England, the Australian team was written off as ‘the worst ever’ by our local press.

Australia then won the second Ashes series 5-0, a feat only accomplished twice before in Ashes history, regaining their status as national heroes. What caused the change? Why should this be of interest to project managers?

The factors that make test cricket interesting to managers are firstly it is a team game; unlike many sports, a single ‘star’ cannot make a huge difference without support from his/her teammates. Secondly, with each test match taking up to five days with six hours playing time each day, the playing time makes the game very similar to a normal work week. Cricket is a sport that requires sustained concentration and outcomes are significantly influenced by the collective expectations and attitude within the team, and while a project may not be a ‘game’ everything else applies.

There are two sides in every battle; the difference between 3-0 and six months later 0-5 was not the players (there was basically the same pool of talent on both sides for both series), nor the support staff (again largely unchanged). What was different was the attitude of the respective teams and in particular the change in attitude within the Australian camp.

Prior to the start of the English series, Australia was focused on ‘peak performance at all costs’, there were rules, curfews and strictly enforced discipline. This led to dissent, internal divisions and disenchantment, leading to inevitable failure.

Cricket Australia decided a change was needed and appointment Darren Lehmann as the new coach just 16 days before the first test in England. The change was too late to make much difference to the results in England, but by the time the current Australian series started his philosophy had made a fundamental difference and the Australian team culture had changed.

Most of the arbitrary rules are gone; but every team member is committed to team excellence and self-discipline is proving far more effective. A work-life balance has been restored, and rather than training drills for the sake of drills to drive performance, players want to improve and develop; the drive is intrinsic, not extrinsic and importantly the most often repeated comment is ‘Lehmann made it fun again’!

The Australian team is a happy team again, taking genuine delight in each other’s successes as well as providing support and encouragement when things don’t go to plan. Certainly it’s easier to ‘be happy’ when you are on a winning streak, and this continued on into the South African series.

The change in the Australian team’s attitude was no accident. Creating an environment where striving for excellence is ‘self-motivated fun’ is the key skill Lehmann brought into the team. Probably the most telling quote is from possibly the least successful of the Australian top order, Shane Watson: “It really is an absolute pleasure to be part of playing cricket for Australia… to be involved in something that is so much fun.”

This transformation will undoubtedly be the subject of research in years to come, but my initial impressions of the key skills Lehmann has used are:

Applying these techniques takes courage, especially under the glare of national publicity. However, the results from the Australian cricket team suggest making it fun really can make a difference when you need ‘high performance’ from your team, and you want your team to help you push your project through to a successful conclusion.

So how do you make your team’s work fun? Simply offering ‘good advice’ is of little use. We are all aware of the benefits of exercise, and experts advocating ideas such as, “Take the stairs instead of the escalator and you will feel better” is familiar to us all. But few of us actually follow the good advice. To overcome this problem, The Fun Theory asked “Can we get more people to take the stairs over the escalator by making it fun?” See the results.

The only problem with The Fun Theory ideas is they require ‘engineering’. Making your team’s work fun usually operates at a smaller scale. This is the realm of gamification! Gamification has the potential to revolutionise the way people see work by transferring the positive mechanisms present in games—such as badges, leaderboards and other forms of ‘instant feedback’—to mundane work tasks, creating a more dynamic, fun approach to the working environment.

If you like the concept, download this useful free guide available from the Association of Project Management (UK). In the meantime, building a champion team that enjoys its work is the personal challenge for every leader of every team. How do you go about achieving this goal?