Latin hypercube sampling (LHS)
LHS is a statistical method for generating a sample of plausible collections of parameter values from a multidimensional distribution. It was described by McKay in 1979. An independently equivalent technique was proposed by Eglājs in 1977. And it was further elaborated by Ronald L Iman, and others in 1981.

(In the context of statistical sampling, a square grid containing sample positions is a Latin Square if (and only if) there is only one sample in each row and each column. A Latin Hypercube is the generalisation of this concept to an arbitrary number of dimensions, whereby each sample is the only one in each axis-aligned hyperplane containing it.)

Different types of sampling
The difference between random sampling, Latin Hypercube sampling and orthogonal sampling can be explained as follows: 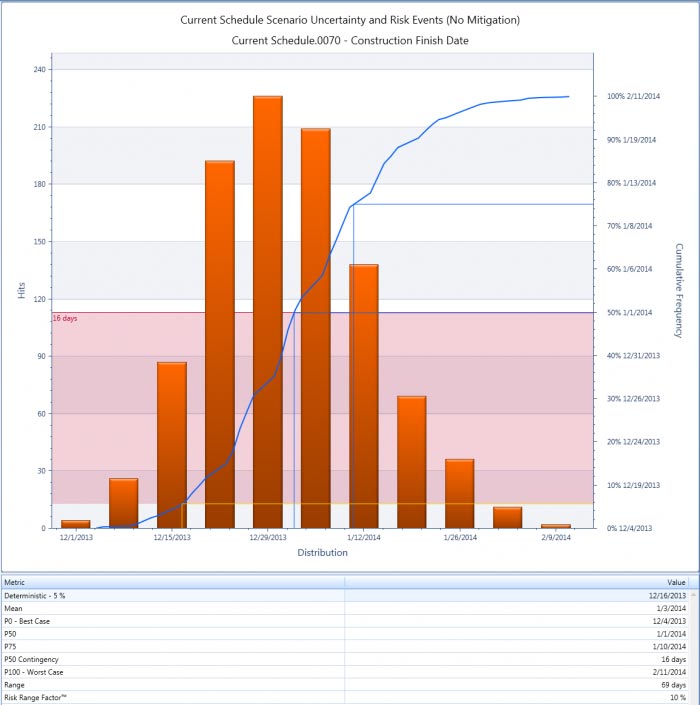 Once you have a reliable probability distribution and a management prepared to recognise, and deal with, uncertainty you are in the best position to effectively manage a project through to a successful conclusion. Conversely, pretending uncertainty does not exist is an almost certainly a recipe for failure!

In conclusion, it would also be really nice to see clients start to recognise the simple fact there are no absolute guarantees about future outcomes. I am really looking forward to seeing the first intelligently prepared tender that asks the organisations submitting a tender to define the probability of them achieving the contract date and the contingency included in their project program to achieve this level of certainty. Any tenderer that says they are 100% certain of achieving the contract date would of course be rejected based on the fact they are either dishonest or incompetent.