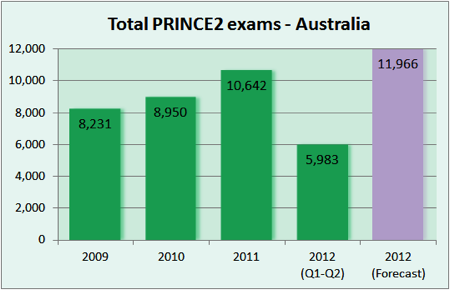 Since 2005, the number of students sitting PRINCE2 exams in Australia has grown more than 170% and looks set to continue in future years. The most recent figures show almost 6,000 sat PRINCE2 exams during the first half of 2012 and if the current growth rate of 13% continues for the remainder of 2012, more than 12,000 exams will be sat during the year. 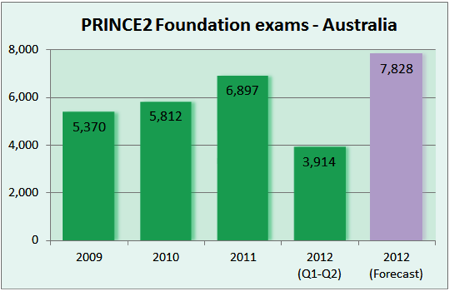 During 2011, almost 4,000 sat the PRINCE2 Practitioner exam and first half figures for 2012 indicate further year on year growth based upon the 2,069 students who sat their Practitioner exam during this time (see graph below). 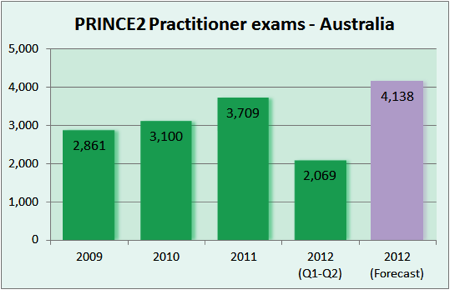 Australia also represents the third largest market for PRINCE2, after the UK and the Netherlands (see graph: Proportion of PRINCE2 exams taken 2011). Whereas half of all PRINCE2 exams taken during 2011 were in the UK, 7.8% were taken in Australia compared with 6.6% in 2010. 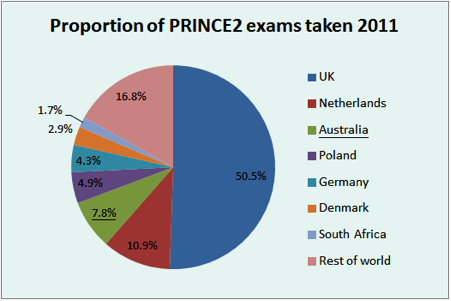 One significant development during 2011 was the launch of online PRINCE2 exams, enabling students to sit examinations at home using a remote exam proctor. In such a large country as Australia where people can live far from an examination centre in Perth, Adelaide, Sydney or Melbourne this is an attractive alternative to travelling long distances to attend classroom training and exams. This development is likely to assist the further growth of PRINCE2 in Australia enabling students the opportunity to become accredited while self-studying via e-learning methods.

PRINCE2® is a registered trade mark of the UK Cabinet Office.

Simon Buehring
Simon Buehring is an experienced project manager, consultant and trainer, with extensive experience in the IT industry. He is the managing director of Knowledge Train, which offers PRINCE2 online courses. Contact him via email info@knowledgetrain.co.uk.
Read more
News
Whitepapers
Submit a whitepaper
Pages